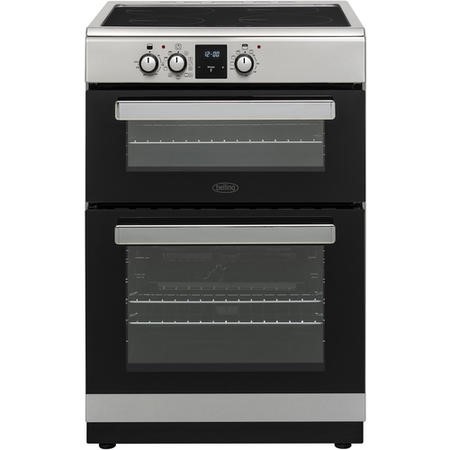 Sorry, I’m out of stock!

Other customers search for...

Induction Hob
Simply put, induction is like having an individual heating element inside each pan. When a pan is placed on an induction hob, it completes a magnetic circuit below the hob’s surface, this creates energy within the pan’s base, which in turn heats the pan. As the heat is only heating the pan and not the zoned area no energy is wasted.

Large Touch Control LED Clock/Programmer
A 24-hour digital clock that allows you to programme when your oven should switch on and turn off.

Catalytic Liners
Catalytic liners are treated with a special material that absorbs grease. When the oven is heated to 200 degrees or higher, the grease will burn off.

Multifunction Oven
The multifunction oven, is just one of the features that has made Belling the first choice for home cooks and professional chefs, by having nine cooking options giving you flexibility in the kitchen.

Child Lock
Disables all of the hob's controls for added safety.

Defrost - The fan assists defrosting by circulating room temperature air around the food, it is more hygienic and is done in half the time.

Fanned Oven - Distributes the heat evenly through the use of an integrated fan. Perfect for batch baking.

Conventional Oven - This function is ideal for traditional roasting. The meat is placed in the middle of the oven, roast potatoes towards the top.

Top Heat - Use the top oven element towards the end of the cooking, for delicate browning. Great for dishes like lasagne.

Base Heat - The base heat can be used to provide additional browning for pizzas, pies and quiche. Use this function towards the end of cooking.

Base Heat with Fan - The base element cooks the base of your open pies, while the fan allows the air to circulate around the filling.

Intensive Bake - Suitable for food with a high moisture content, such as quiche, bread and cheese cake. It also eliminates the need for baking pastry blind.

Fanned Grilling - Circulates heat around the food, making it ideal for thinner foods such as bacon, fish, gammon and steaks.

Conventional Grilling - This function cooks food from the top and is ideal for a range of food from toast to steaks. As the whole grill is working you can cook large quantities of food.